What My Son Learned The Day My Car Was Repossessed 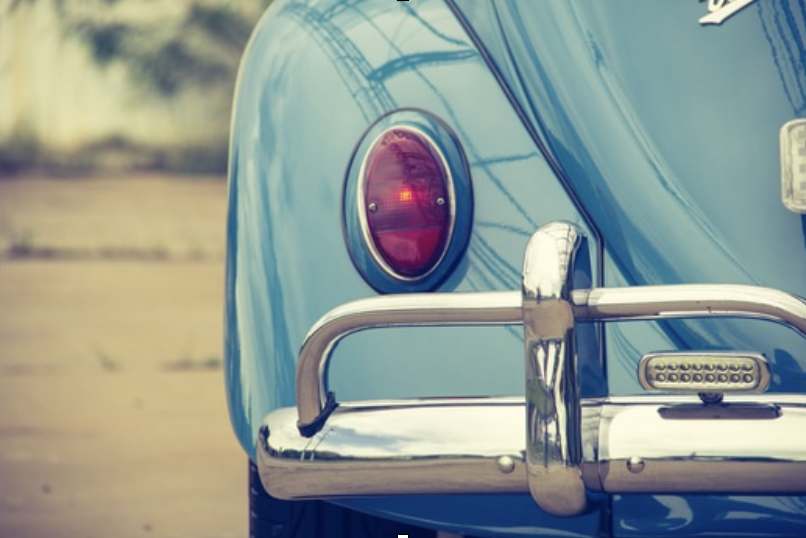 “Mom, there’s a guy in our driveway with a tow truck,” my son tells me, urgently.

With miscalculated insouciance I reply, “No worries, dude, I’m sure it’s Bill.” Bill is our neighbor, and he owns a service station.

Okay, so maybe it’s not Bill. I run outside to yell at the man, who indeed turns out not to be Bill, and end up handing over my keys. Chin up, I say to myself. You’ll get through this just like you got through everything else. I see my son watching me from the garage. He’s worried, and needs something from me to know that we’ll be okay. He needs it now, while my car gradually recedes from view.  I’ve got this, I tell him with only my face. I hold the eye contact a few seconds longer than usual, just to emphasize my point.

There has been a cascade of loss since the divorce and, yet, I find another teaching moment.

Everyone talks about “teaching moments” these days. Labeled as such, they retroactively rescue what would have been a feel-bad moment or awkward encounter and turn it into something positive, something for which you’re almost grateful. Even still, most teaching moments are fraught with the best of intentions but the lousiest of outcomes—inadvertent studies in how to lecture, bore and patronize your child all at the same time. A mother admonishes her daughter for not inviting her cousin to her birthday party. “But mom, she can never talk to any of my friends and she’s always off by herself and it’s just really awkward for both of us,” her daughter explains. “She begged me not to invite her because her mother will make her go if I do,” she adds.  “I don’t care,” the mother responds. “Invite her anyway,” she implores her daughter, launching into a speech about the importance of inclusion. “I had a very special teaching moment with Kari today,” the mother says to her husband that night. He nods, encouragingly, without even having heard the story.

But was it really? And what did her daughter learn, exactly? I think Kari’s biggest take-away was that her mother lacked the ability to respect her and her cousin’s feelings while also being able to help her navigate the challenges any kid faces when trying to mix different friend groups. It’s a real thing, this problem, and not something that can be rectified with cavalier indifference. Having been dismissed out of hand as she was, the daughter would have been in no mood to digest her mother’s dress-down, and instead likely discount the whole thing as just another example of her mother’s cluelessness. Some teaching moment.

Our children learn from us in an abundance of ways, most of which we’re not even aware. We can talk about inclusion all we want, but all your kid needs to hear is you rant about how slow the driver in front of you is going in order to realize that inclusion is selective.  Brand spanking new drivers and seniors own the road as much as we do.

I think the best teaching moments are the ones you walk smack into and demand that you take action—much like what happened with my car and my son. I could have told him and his brothers dozens of times that, in the wake of my separation from their dad, they would be able to count on me to manage whatever was going to come our way. I probably had told them that dozens of times. But words of reassurance are easily cancelled out by the anxiety of not knowing what the future holds in store.

I kind of got lucky with my teaching moment, because I didn’t have time to think about it or figure out what I was going to say to my kids about losing our one car. Had I had any advance warning, I might have ended up doing something like Kari’s mom did—doing a soft lecture of sorts, one about how everything would be okay and that the things that were really important didn’t come with license plates. I could just imagine my three boys staring at me, wondering if I were done yet.

On the day my car got repossessed, my kid learned that people can take something huge from you and it doesn’t mean you have to fold. I’d like to believe that after my car was taken, my son and I went inside and played a game of foosball or watched an episode of Hawaii Five-O. Kids learn by watching us make the choices we make, but also by how we move forward in their wake.

And me? I learned some things too. I learned that surrendering to situations in which you have little to no control doesn’t have to mean that you are diminished. I learned that feeling a sense of grace is a whole lot better than bathing in bitterness, and that those who depend on you can be tremendously reassured by witnessing how you show up to a crisis. I learned also that who you are on paper isn’t necessarily who you are as a person, and that they can take your car and even your house and you can go set up shop somewhere else and make it work.

So, yeah, now that I’m thinking about it, it’s actually a good thing my car got taken from me. I think I even feel grateful.