by janetedgette | May 21, 2018 | Boys, Boys and sports, Masculinity, Parenting, Self-esteem 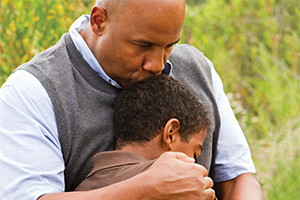 Myself and other professionals were invited to weigh in on a piece written by the Clinician’s Digest where we discuss young boys and the challenges they face with expressing emotions. Below is an excerpt with my contribution but feel free to read the full article here.

“…Psychologist Janet Sasson Edgette takes a multipronged approach in broadening boys’ experience of their masculinity. With two twin sons in their mid-20s—one athletic and social, the other less coordinated and more introspective—she’s been witness to ‘a living lab,’ as she calls it, watching the developmental landscape of boys unfold before her eyes. Her more athletic son was easily accepted by male peers; the other was a victim of bullying and spent more time with female classmates, with whom he felt more at ease. After all, this is an America for the masculine man, Edgette writes in her book The Last Boys Picked, ‘home of the Marlboro Man and seven-figure pro athlete salaries, where it is assumed that being faster, stronger, louder, or mightier is always going to be better.’

Of prime importance, she says, is addressing the common male experience of not feeling truly known and understood, which can quickly morph into resentment, bitterness, and anger. ‘I can’t tell you how many times I’ve sat down with boys who nodded their heads when I asked them if they felt invisible at home, or if they felt nobody really knows who they are,’ Edgette says. As part of exploring their value systems and acknowledging them, Edgette likes to ask a set of questions: Is there anybody you feel really gets you? Why do you think that is? What happens when someone gets you? Don’t be alarmed, she says, if your client doesn’t respond right away. ‘You’ve got an entire gender that’s unskilled in using the language of emotional expression,’ she explains. But as a therapist, she’s putting these topics on the table so she and her client can return to them whenever there’s an opening.

Like Sells, Edgette underscores the importance of parents or guardians in cultivating emotional fluency. She’ll ask parents how they expose their sons to experiences that allow them to find a passion and express themselves emotionally. ‘Too many parents tell me, ‘Well, we tried basketball and he didn’t like it. We tried soccer and hockey and lacrosse—he didn’t like those either. We’ve tried everything.” Not only are those all sports, Edgette clarifies, but they’re all mainstream.‘You didn’t try everything,’ Edgette will reply. ‘What about archery? Go-karting? Falconry? Or, take your kid into the city. Take him to a museum. Tell him the person who finds the most exotic place to eat for lunch wins a prize.’ This is the first step, Edgette says, in expanding a boy’s world beyond the physical, aggressive, and competitive one they’re most familiar with.

There’s already evidence that younger generations of men are taking an expanded concept of masculinity to heart. In May 2016, international survey firm YouGov published a report titled ‘The Decline of the Manly Man,’ in which 1,000 American men were surveyed on whether they considered themselves more ‘masculine’ or ‘feminine.’ Less than one-third of men in the 18-to-29 age group reported feeling ‘completely masculine,’ compared to 65 percent of those over age 65. Thirteen percent of those in the under-30 age group identified halfway between ‘masculine’ and ‘feminine,’ and 12 percent identified as ‘slightly feminine.'”

…”In the meantime, every therapist and adult with a young man in their lives can do their part, Edgette says. When her twin boys were young, she used to point at the moon. ‘Look at that! It’s beautiful,’ she’d exclaim. They’d usually roll their eyes, she says, but she knows her modeling opened up a space for them to be truly expressive and passionate, to find awe and connection. ‘When I hear about a young male client reaching out to someone in need, I’m genuinely moved, and I’ll tell them that,’ she says. ‘This is the way we’re going to open new horizons for boys. By saying, ‘Yeah, he’s not so fast on the field, but you put him in a group of people, and he’s going to make friends with each and every one of them. That’s a real man!’”